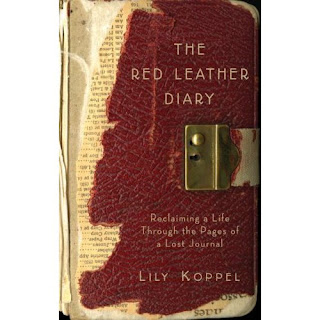 Reclaiming a Life Through the Pages of a Lost Journal


In 2003, Lily Koppel discovered Florence Wolfson’s diary in a Manhattan dumpster. She located Florence in Florida and surprised her with this artifact from her past. Lily said, “I have some old things belonging to you that I picked up at 98 Riverside Drive, and I thought you might want them.”

As a teenager, Florence had kept the diary from 1929 to 1934. Lily wrote a piece for The New York Times based on this 72-year-old relic, provoking enough interest to be turned into a book. Florence writes in a forward to the book, “It has added zest to my life and brought back some of the passion of my youth and made me feel more alive than I have in years.”

Because this was written in a novelistic way, I found it hard to decide if it was fact or fiction. Either way, it is a fascinating re-creation of the romance and glitter, sophistication and promise, of 1930s New York. She was obsessed with the state of her soul and her appearance, and I probably wouldn’t have liked Florence at all.

In June 2008, one reviewer said that she had seen them on the Today show. Maybe it’s true, maybe not, nevertheless, a good read and the black-and-white photos add lots of interest.

Florence as a sixteen-year-old college sophomore in May 1931
Posted by Janice at 11:35 AM 3 comments: