Hotel on the Corner of Bitter and Sweet 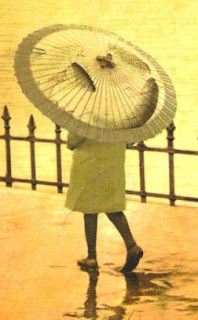 Henry Lee comes upon a crowd gathered outside the Panama Hotel, once the gateway to Seattle's Japantown. The old Seattle landmark was a place he'd visited twice in his lifetime. First when he was only twelve years old, way back in 1942 - "the war years" he liked to call them. Even then the old bachelor hotel had stood as a gateway between Seattle's Chinatown and Nihonmachi, Japantown. Two outposts of an old-world conflict where Chinese and Japanese immigrants rarely spoke to one another, while their American-born children often played in the streets together.

It has been boarded up for decades, but now the new owner has made an incredible discovery: the belongings of Japanese families, left when they were rounded up and sent to internment camps during World War II. As Henry looks on, the owner opens a Japanese parasol. This simple act takes old Henry Lee back to the 1940s

This is the story of Henry Lee (a Chinese American) through transitions in time between the 1940s and 1986 in Seattle. At the Japanese internment camp in Idaho, the young Henry gets a job as a server in the kitchen, and is able to visit his sweetheart, Keiko. In Seattle, in 1986, the older Henry begins to know his grown son, Marty. Henry was a widower now, and it was lonely ... there was an "Ethel-shaped hole" in his life without her.

The Panama Hotel is central to the story throughout. The new owner allows Henry and Marty to search in the dusty basement for belongings of Keiko's family ... particulary for a long-lost object whose value he cannot even begin to measure.
Posted by Janice at 12:09 PM 1 comment:

The Sweetness at the Bottom of the Pie 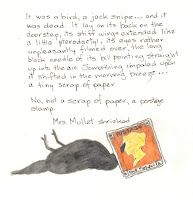 A series of inexplicable events has struck Buckshaw, the decaying English mansion that Flavia's family calls home. For eleven-year-old Flavia, life begins in earnest when murder comes to Buckshaw. A dead bird is found on the doorstep, a postage stamp bizarrely pinned to its beak.

This is the first in a series that Bradley has planned - The Buckshaw Chronicles. I will be on the edge of my seat waiting for the second

The Sweetness at the Bottom of the Pie is set in the summer of 1950, following Flavia de Luce as she attempts to solve the mystery of the man who was found dead in her family's cucumber patch in the early hours of the morning

Flavia possesses a love of chemistry, a passion for poisons in particular, a bicycle named Gladys, and a talent for deductive reasoning. (Could our Flavia somehow be the adolescent female version of Sherlock Holmes?)
Posted by Janice at 1:20 PM 2 comments:

A Taste of Heaven and Earth 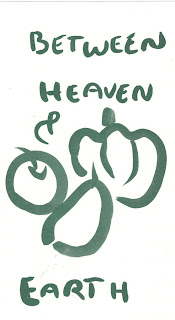 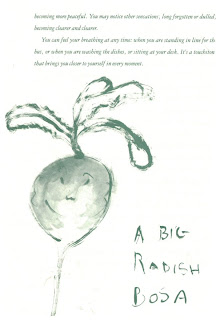 Bettina's professional experience includes acting as the tenzo (chief cook) at a monastery and creating The Beat'n Path Cafe, one of New York City's first natural foods restaurants. She lives in San Francisco now where she teaches cooking.
Posted by Janice at 7:43 AM No comments: