When Wanderers Cease to Roam 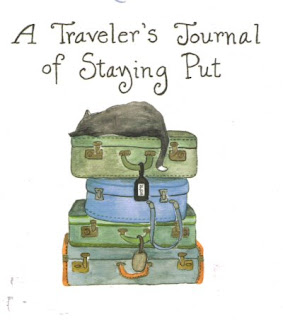 A charming illustrated celebration of puttering, doodling, daydreaming, and settling down after years on the road

A delight to read straight way through, or to pick up and browse at any page.  The entire text has been hand lettered by the author. The dedication is to Walter Marlin, famous for paving the Royal Mile for King James V in 1532. His last wish was to be buried under the cobblestones of his own road there Marlin's Wynd, and to her mother, Mary Marlin - "thanks for the DNA"

Organized by months, the March chapter is titled March is the Tea Time Month, when life gives you March, make tea. In A Tea Time Memoir, the author describes and illustrates five locations: the famous Bewley's tea room on Grafton Street in Dublin; at the Muffin Man in Kensington, London; an ancient stone walled village on the coast of Brittany, Saint Malo; harps playing Vivaldi at Cafe Tortoni in Buenos Aires; and Wolf's Lane Deli on Long Island. 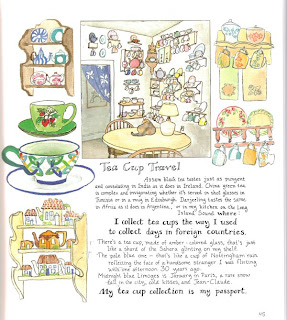 Fine Just the Way It Is 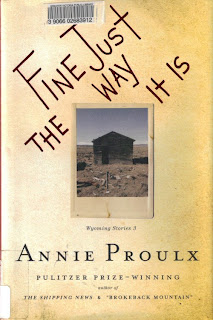 I love Annie Proulx – her stories are just as good by what they do NOT say as compared to what they DO. The characters are wonderfully drawn and you get a sense of the incredible beauty of the landscape and the harshness of farm life. The characters are so real – flawed just like the rest of us.

We drove by her home in Newfoundland when we were there a few years ago. It’s set far back from the road, so we couldn’t see much. I was told she lives half a year there and the other half in Wyoming.

This collection of short stories is the third in her Wyoming series. They are sad, sad, sad. In the last story, “Tits Up in a Ditch”, Deborah Hicks says, “Every ranch … had a lost boy … boys smiling, sure in their risks, healthy, tipped out of the current of life by liquor and acceleration, rodeo mishaps, bad horses, deep irrigation ditches, high trestles, tractor rollovers and ‘unloaded’ guns.”

Michael Knight of The Wall Street Journal said, “Ms. Proulx writes with all the brutal beauty of one of her Wyoming snowstorms.”
Posted by Janice at 12:08 PM 1 comment: